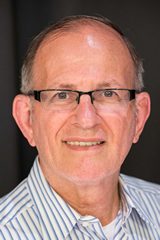 Mordechai Geduld, together with  Dr.Moshe Kaplan, co-founded the Be a Mensch Foundation.

He has been involved in various educational programs and projects for the past  35 years.

He was the senior editor of “Anachnu Lo Levad”, a Time-Life style book sponsored entirely by Israeli business magnate Ilan Ben Dov, and which sold over 100,000 copies.

His site  http://2001principle.com/ has become a resource in Philosophy Departments of Universities internationally and was described by Time Magazine’s “Entertainment Weekly”, as “Brainy and sharp looking”. 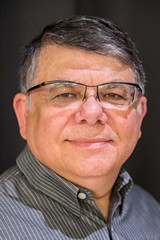 Born in March 1952, married to Ita with three daughters.  Holds a PhD in Organization behavior, an Executive MBA and a Bachelor in Social Work.  He has 20 years of experience in human resources management in Israeli and International companies. He has been an organizational consultant for 9 years in the private and government sectors.  He is a reserve officer in the Israel Defense Forces and for the past 10 years has been a Police volunteer in the rank of “Rav Pakad”. 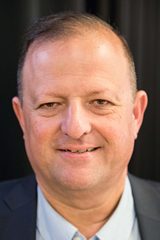 Chaim Oren has more than 25 years of experience working and consulting to leading corporations, and not-for-profit organizations  in the fields of marketing, sales development, advertising, and branding, in the US, Europe and Israel. Chaim Holds an MBA in Marketing from the City University of New York and B.A in Political Science from Tel Aviv University.

Chaim’s consulting firm advises not- for- profit organizations and companies in the fields of marketing, branding and fundraising in Israel and abroad. 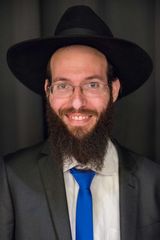 Yehuda Shine is a strategic advisor of programs and projects in “Be A Mensch”.

In 1997 he founded the “Equality Now” Movement – a non-political social movement that encompasses tens of thousands including secular, religious and Charedi.  “Equality Now” among other things also runs a youth and young adult activists movement that promote education of values such as tolerance, solidarity, equality and social justice. Several years ago he founded the organization “Chemla” (compassion) – “Charedim Mitnadvim Lemaan Hachayot” for the Prevention of Cruelty to animals.

Among his many activities Yehuda also works as a mediator and invested a lot of effort to bring peace in Bet Shemesh between the different sectors of the population. His world view includes “live and let live”, and increasing individual freedom while maintaining social balances in society.

Yehuda is a strategic advisor to companies and associations and personal trainer to people in key positions. 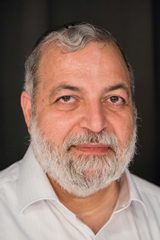 Yakov has a Bachelor of Commerce from the University of Toronto.  After over 33 years at IBM Yakov is now the CTO of Be A Mensch.