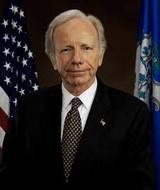 Joe Lieberman is a former United States Senator from Connecticut. A former member of the Democratic Party, he was the party’s nominee for Vice President in the 2000 election.

Born in Stamford, Connecticut, Lieberman is a graduate of Yale College and Yale Law School. He was elected as a “reform Democrat” in 1970 to the Connecticut Senate, where he served three terms as Majority Leader. After an unsuccessful bid for the U.S. House of Representatives in 1980, he served as state Attorney General from 1983 to 1989.

He was the first observant Jew to run on a major party Presidential ticket. Lieberman is the author of seven books including: “An Amazing Adventure” (2003), reflecting on his 2000 vice presidential run; “The Gift of Rest: Rediscovering the Beauty of the Sabbath” (2011) and “Ticking Time Bomb: Counter-Terrorism Lessons from the U.S. Government’s Failure to Prevent the Fort Hood Attack” (2011)

Currently Mr. Lieberman is an Attorney at the Manhattan law office of Kasowitz, Benson & Torres LLP. 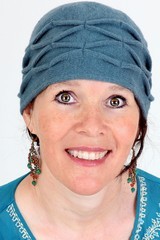 Mother of seven. Resides with her family in Nof Ayalon. 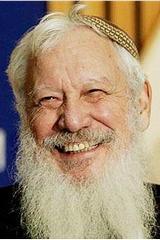 Prof. Aumann was born in Frankfurtam-Main, Germany, and emigrated as a child to New York.  He received his bachelor’s degree from City College of New York, and a PhD in mathematics from MIT. He has taught in the mathematics department of the Hebrew University of Jerusalem since 1956. In 1990, he was among the founders of the Center for Rationality at the Hebrew University, an interdisciplinary research center for Game Theory. Aumann is the author of well over eighty research papers and six books, and has held visiting positions at Princeton, Yale, Berkeley, Louvain, Stanford, Stony Brook, and NYU. In 2005 he was awarded the Alfred Nobel Memorial Prize in Economic Sciences for his work in Game Theory.

A serial entrepreneur, Noah Alper is the founder of six ventures, including two mega-successful food businesses in the US. 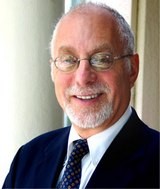 Six and a half years after founding Noah’s New York Bagels, he sold the business for $100 million. At that time, it was the largest kosher retailer in the United States. He is also the founder of six other ventures, including the grocery store company, Bread & Circus, once the Northeast’s largest natural foods chain and now part of Whole Foods Market.

In this book, he weaves together Jewish ethical teachings and over 35 years of business and non-profit management experience to advance the idea of being a Mensch in business. 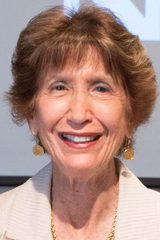 Tova Ben-Dov is the incumbent President of the Women’s International Zionist Organization (WIZO), the largest women’s Zionist organization in the world. She was elected to succeed Helena Glaser in 2012. She is also Vice President of the World Jewish Congress, a board member of the Jewish Agency for Israel and a board member of the International Alliance of Women.  She was formerly Chair of Public Relations; Chair of the Assets, Buildings and Development; Vice Chair of Fund Raising and Treasurer of World WIZO, Vice Chair of the Executive and Chair of the Executive of World WIZO.

She was born in Tel Aviv, studied at the Lewinsky College for Education and served in the army as a teacher, before she studied political science at Tel Aviv University.

See her entry on her Facebook Page about the Be A Mensch Hebrew Book Launch:

Here is a video: 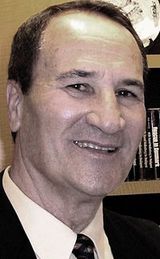 Tal Brody is Israel’s first modern-day sports hero. A University of Illinois All America in 1965, Brody joined the Maccabi-Tel Aviv team after leading his United States team to a gold medal in the 1965 Maccabiah Games.

In 1967, the New Jersey-born basketball star was named Israel’s Sportsman of the Year

Brody played two seasons for Maccabi Tel-Aviv team taking the team in his first year to the finals of the Cup of Cups of Europe.

In 1968, Brody was drafted into the U.S. Army, where he served primarily on the All-Army and All-Armed Forces basketball teams.

He was selected to play for the USA team in the 1970 World Championships in Belgrade before making “Aliyah” to Israel upon finishing his US Army service.

In what was then the State of Israel’s greatest international sporting achievement, Brody led his 1977 Maccabi team to the European Cup Championship. In Israel’s quest for the title, competition on the court occasionally needed to surmount political intrigue. At the height of the Cold War and a Soviet boycott of Israel, the Middle East champions were matched against ZSKA Moscow (the Red Army team), champions of the Soviet Union and winners of the four previous European Cups. The Soviets refused to play their semifinal match versus Maccabi in Tel Aviv and would not allow the Israelis to come to Moscow. Virton, Belgium, was selected as a neutral site, but the location did not help the Bolsheviks. Brody’s Maccabi team triumphed 91-79. Excitement broke out after the game in Virton and all over Israel as Brody declared on National TV, :We are on the Map, and we are staying on the Map, not only in Sports, but in everything.”

The championship contest against Italy’s Mobil Girgi was held in Belgrade, Yugoslavia, also a communist country at the time. The El Al plane that delivered Maccabi-Tel Aviv to the event was the first Israeli plane permitted to land in the country. “The little team that could” won the tournament of 23 national champion teams by defeating Italy’s best 78-77, to capture the European title.

At the University of Illinois, the 6’2″ guard won All American & All Academic honors in 1965. That year, he was the thirteenth NBA Draft pick overall and number 2 selection of the Baltimore Bullets , but opted to return to Illinois for his Master’s Degree and return to Israel to take up the challenge presented to him by  Maccabi Tel-Aviv during the 7th Maccabiah Games, to take the Israeli Basketball & sport to another level.

In 1979, Brody was awarded the Israel Prize, the country’s highest civilian honor and today serves the State of Israel as the country’s first Ambassador of Goodwill. 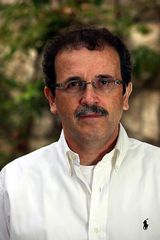 Prof. Yedidia Z. Stern is the Vice President of Research at Israel Democracy Institute, where he heads the project on Religion and State (and has done since 1999) as well as the project on Human Rights and Judaism. (He also headed IDI’s Business and Democracy project during the years in which it was active.) Stern is a full professor at Bar-Ilan University Law School, and served as its dean from 1994 to 1998. His areas of professional interest are religion and state, Jewish law, public law, corporate law, corporate acquisitions, corporate finance and corporate governance.

Prof. Stern received his LL.B. degree from Bar-Ilan Law School in 1982, and earned his master’s degree (1984) and doctorate (1986) from Harvard Law School. Subsequently, he worked at a leading Manhattan law firm. Upon his return to Israel, he joined the faculty of Bar-Ilan Law School, where he founded the Centre for Commercial Law, serving as its first director (1988-1992); launched Tzivyon – Centre for the Study of Israel, Judaism and Democracy (2001-2003); and was the founding director of the Law School’s publishing house (2005-2008). He was also a visiting scholar at Harvard Law School (1989).

Prof. Stern won the Zeltner Price for excellence in Legal Research in Israel (2009). He has served on numerous committees, inter alia as chair of the Committee to Determine the Legal Status of Insurance Agents in Israel (1996); chair-elect, the Coalition Committee to Enact an Israeli Constitution (2001); chair, the Israel Science Foundation’s Committee for Assessment of Legal Research (2002-2004), member of the Israeli Governmental-appointed Commission of Inquiry into the State’s treatment of the residents of Gush Katif after the disengagement for Gaza (2009); and Chair of the National Committee for Civic Studies (2009-2011).

Among his varied professional and public activities, Prof. Stern has served as a member of the presidium of the Yachad Council for Reconciliation between Secular and Religious Jews, affiliated with the State President’s Office (2001-2007); advisor to the Ministry of Justice on the new Companies Law and its amendments; academic director of the World Jewish Forum, affiliated with the State President’s Office (2005-2006); President, Institute for the Advanced Study of Israeli Judaism (2005-2007); member, Public Council of Yad Ben-Zvi research institute (2004-2008); member, Executive Committee of the Centre for the Study of Democracy at Haifa University (2004- 2008); director, Organization for Restitution of Assets of Holocaust Victims (2006 – 2010); member, Advisory Committee of “People of the Book” (2007); chair, Committee of Civic Studies in Israel (2009). 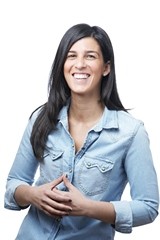 Founder/CEO of Life Vest Inside
Director of Kindness Boomerang

Orly Wahba is an educator, entrepreneur, and community activist passionate about inspiring and motivating people to make the world a kinder place. In 2011, Orly founded Life Vest Inside, a non-profit organization with a mission to empower and unite the world with kindness. Through Life Vest Inside, Orly encourages people to embrace the incredible power of giving and recognize that in times of hardship, kindness, like a life vest, keeps the world afloat. LVI sets out to affect global change through inspirational media, technology, on the ground social engagement and education.

LVI gained international acclaim when Orly’s award-winning film Kindness Boomerang went viral, receiving over 30 million views and counting and eventually landing her a spot to speak at TED2013 on the magic of kindness.

Orly began her career in Kindness as a Middle School educator at the Yeshivah of Flatbush in Brooklyn, NY, teaching the children to embrace unity, build their self-esteem, and use the power they have to influence the world for good. As her kindness community grows by the thousands, more people are experiencing the addictiveness in the giving of kindness.